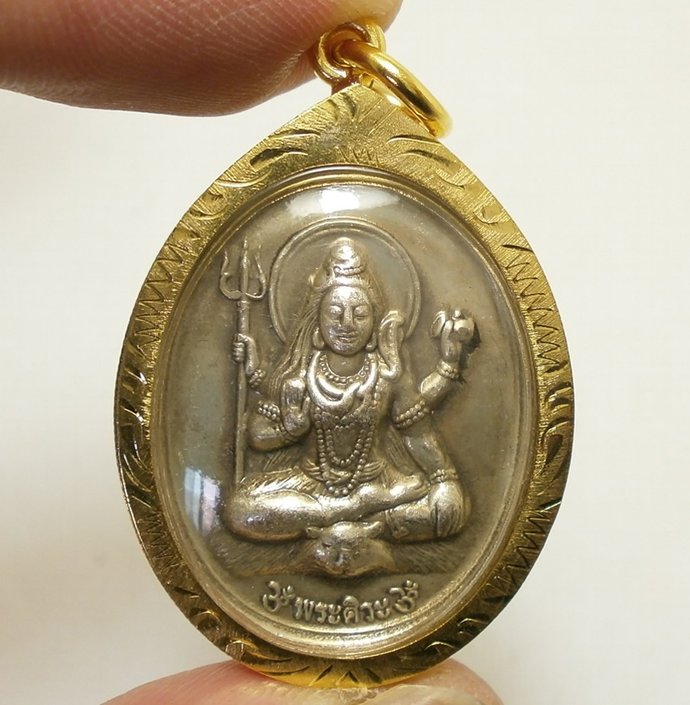 Shiva (/ËÊivÉ/; Sanskrit: Åiva, meaning "The Auspicious One"), also known as Mahadeva ("Great God"), is a popular Hindu deity. Shiva is regarded as one of the primary forms of God. He is the Supreme God within Shaivism, one of the three most influential denominations in contemporary Hinduism.[2][3] He is one of the five primary forms of God in the Smarta tradition,[2] and "the Destroyer" or "the Transformer"[4] among the Trimurti, the Hindu Trinity of the primary aspects of the divine.

At the highest level, Shiva is regarded limitless, transcendent, unchanging and formless.[5][6][7][8][9] Shiva also has many benevolent and fearsome forms.[10] In benevolent aspects, he is depicted as an omniscient Yogi who lives an ascetic life on Mount Kailash,[4] as well as a householder with wife Parvati and his two children, Ganesha and Kartikeya and in fierce aspects, he is often depicted slaying demons. Shiva is also regarded as the patron god of yoga and arts.[11][12][13]

The main iconographical attributes of Shiva are the third eye on his forehead, the snake Vasuki around his neck, the crescent moonadorning, the holy river Ganga flowing from his matted hair, the trishula as his weapon and the damaru as his instrument. Shiva is usually worshiped in the aniconic form of Lingam.[14][15][16]

in Hinduism, Durga (Sanskrit: Durga, meaning "the inaccessible"[1] or "the invincible";Bengali: durga) or Maa Durga (Bengali: ma durga, meaning "Mother Durga") "one who can redeem in situations of utmost distress"[citation needed] is a form of Devi, the supremely radiant goddess, depicted as having ten arms, riding a lion or a tiger, carrying weapons and a lotus flower, maintaining a meditative smile, and practicing mudras, or symbolic hand gestures.[citation needed] The name is made of Sanskrit dus- = "with difficulty" and similar (compare Greek Î´ÏÏ- (dys-)) and ga ("come", "go")), with the usual sandhi of -sbefore a voiced consonant.

An embodiment of creative feminine force (Shakti), Durga exists in a state of svatantrya(independence from the universe and anything/anybody else, i.e., self-sufficiency) and fierce compassion. Kali is considered by Hindus to be an aspect of Durga. She is thus considered the fiercer, demon-fighting form of Shiva's wife, goddess Parvati. Durga manifests fearlessness and patience, and never loses her sense of humor, even during spiritual battles of epic proportion.[citation needed]

Hindu Priest of Wat Kaek , Silom,Bangkok,Thailand created and blessed this amulet for using as

It will make a fantastic gift for someone special or for a collector of Asian antiques.Keep it with you for Strong Life Protection or keep it in your house .This is a fabulous collector's item indeed!

We will ship WorldWide.Shipping and handling cost is FREE Worldwide.
We ship within 24 hr. after payment is received.
Please make payment within 7 days after auction ended.
Please contact us before leaving negative feedback or low Detail Seller Ratings ( DSR), giving us a chance to resolve your problem.
Return Accepted within 30 days with final price money back(buyer pay for return S&H cost)
I will leave Positive Feedback right after the payment is completed.

In this world economic crisis, if you have Thai antique Amulets with you. It will help to prevent any Bad things and protect you from Evil.
It also brings Luck, Wealth, Fortune and encourage you to fight any obstacle with a powerful help of Ancient Magic. 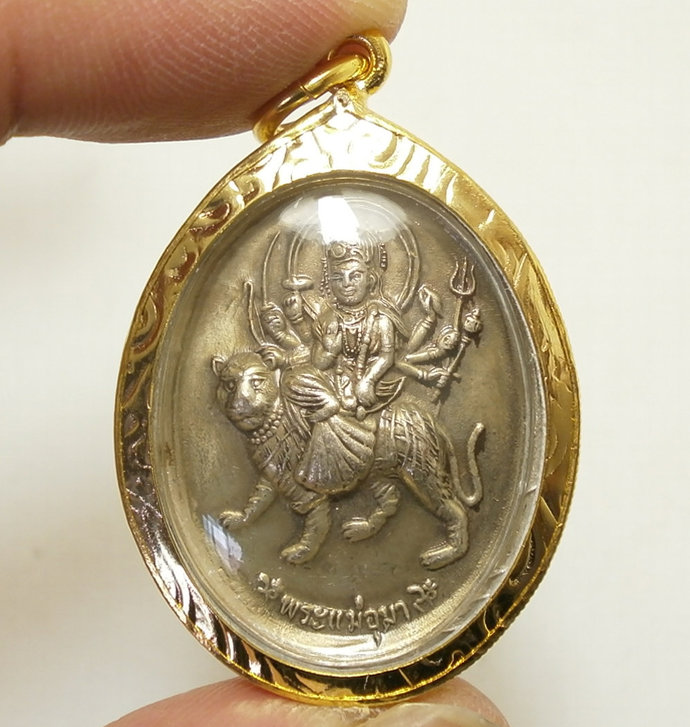 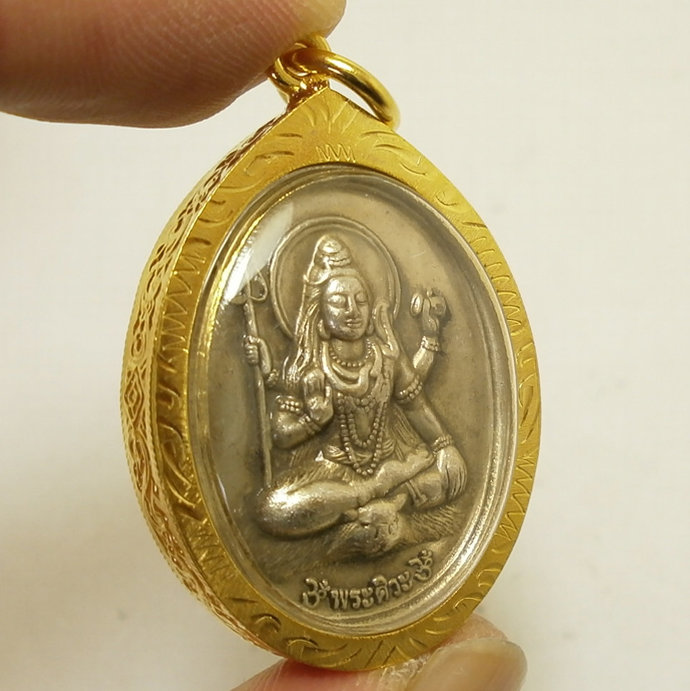 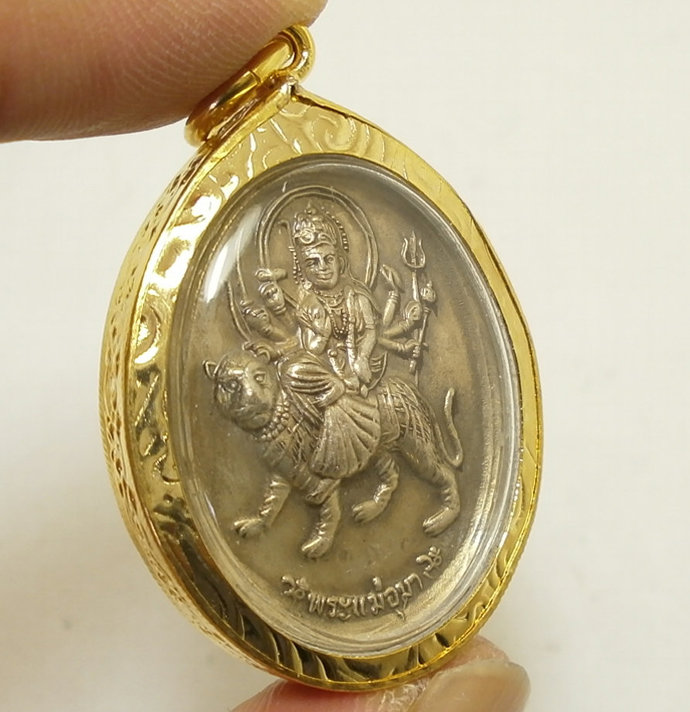 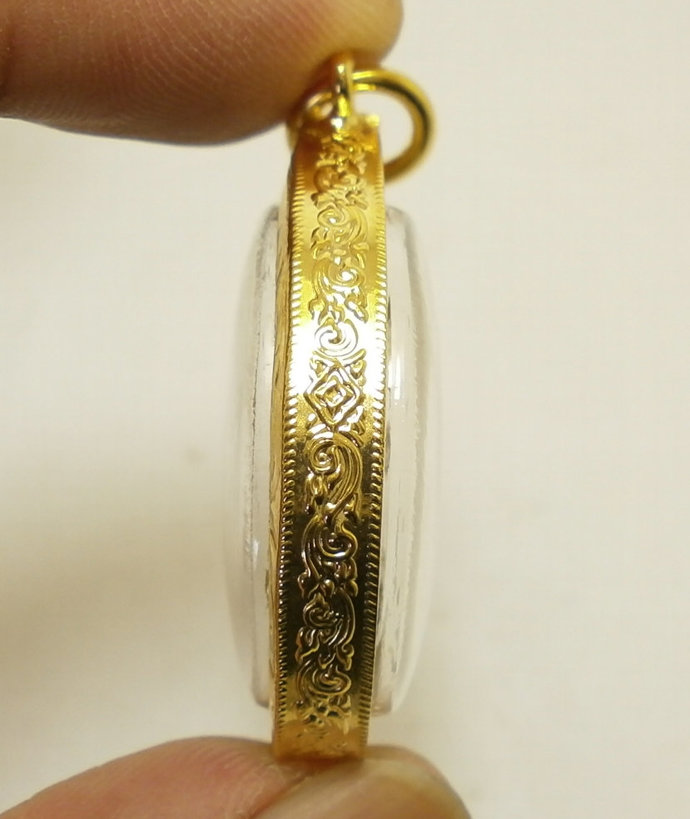